Is a Spouse Entitled to Workers’ Comp Settlement?

Getting hurt at your workplace is a reality hundreds of thousands of workers suffer through every year. Within those cases, there are, of course, cases where the injured party is going through a divorce. So, it is only natural to wonder what happens to that workers’ comp settlement if it happened during the marriage but there is now a pending divorce settlement. Is your spouse entitled to any of that settlement as part of the divorce proceedings?

Needless to say, if you are in this situation, you are going to have some pretty muddy waters to navigate. First and foremost, you are the injured party. Secondly, regardless of what happens in the divorce settlement, you are still going to be responsible to ensure all medical bills are paid via the workers’ comp settlement. As you can probably assume, with so many variables, it would be a bit difficult to navigate on your own, which is why we highly recommend you secure the services of an attorney that specializes in workers’ compensation or have a firm behind you with attorneys with expertise in that niche of law as well as divorce law.

While every state has its own laws, some consistencies generally hold across the board. At the heart of the argument for your spouse will be any part of the award that was deemed to be part of the household income while you were still married and together. Any money that was deemed to have been “owed” during that time of the marriage is going to be considered joint marital property and is likely to be considered part of a divorce settlement. However, money that is attributed to after the separation is going to be considered separate property, therefore, should not be included in the divorce settlement.

If, however, the settlement occurs after separation has occurred, the burden of proof will lie with your estranged spouse. It will then be up to the spouse to show what portion of the settlement, in actuality, dates back to when the two of you were together.

If this sounds a bit confusing, we are about to add another wrench. If the settlement involved compensation for a loss of limb, it could get even trickier for the spouse to prove he or she is owed part of that settlement. For instance, as part of the settlement, you are awarded $20,000 for loss of a limb or loss of use of a limb. We have seen cases where the court has decided that since the limb, technically, is the property of the injured party, the spouse is NOT entitled to any compensation specifically related to the loss of the limb or the loss of the use of the limb.

To that same point, some of these cases were reversed on appeal, as the appellate court found that at the time of the marriage, even that body part was assumed to be part of marital property. In cases such as this, the injured party then has to revert to the example we showed above where the portion of the settlement attributed to your time with your spouse and after separation must be clearly defined.

Getting Help From a Workers’ Compensation Attorney

Now, as we stated in the beginning, these waters can get extremely murky simply due to the interpretation of the state laws by the presiding judge. That being the case, you are well served to hire an experienced workers compensation attorney that is not only familiar with this niche of law but also has expertise in the judiciary so he or she fully understands how to present your case to give you the best chances of winning your fair share of the settlement, especially when there is also a divorce case pending.

If you were recently injured at work as well as going through a divorce, we would love to discuss your case. Your initial consultation is free of charge and you are under no obligation to use our services just for reaching out. Give us a call at 855-633-0888 when you are ready to discuss the case and to find out how we can help. If you would like to learn more about our legal services before giving us a call, click here. 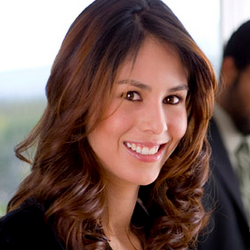